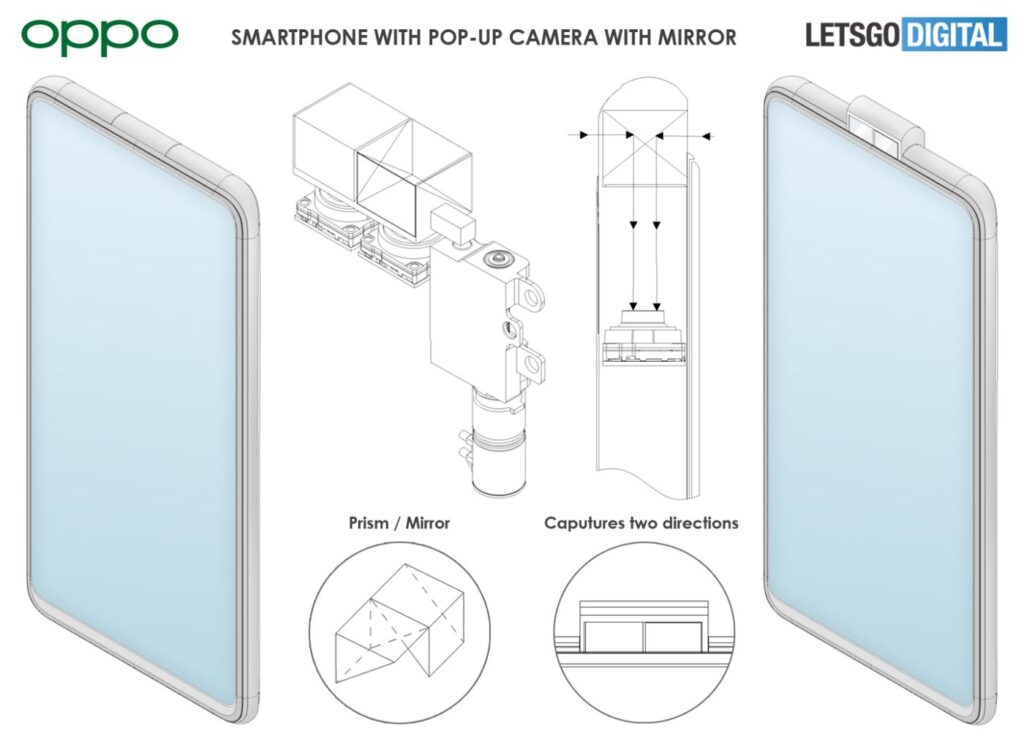 Oppo is a pioneer and innovator of the moment. They launched the first cell phone, the first 65-watt consumer charger and several other firsts. They also challenged Huawei with the title of “the first periscope zoom phone.” Anyway, they are now considering a return to pop-up cameras, which were transferred from the patent to the rendering company Letsgodigital.

If anyone asks me, the pop-up camera trend is dead. It still happened with the Galaxy A80 and the ZenFone 6 and 7, but that’s pretty much over now. There are rumors that the Galaxy A82 will revive it, but I would bet against it. The opponent may be brave and come up with something original. Rumor has it that they are preparing a pop-up camera with a mirror. Oppo has filed a patent application for “the photo module, mounting station and mobile terminal.” The documents were published by the WIPO in late October 2020.

It includes a “light path deflection mirror” that activates additional photo functions compared to previous models. The Oppo smartphone presented here has a flat screen and an excellent screen-to-case ratio. The bezel is quite large and emphasized, but the pop-up window fits perfectly. Oppo has designed a dual-sensor pop-up camera system with two prism-shaped mirrors that reflect light. As long as the light reflects, it can also change the light path. With the pop-up camera system, you can not only take photos and videos of yourself but also take ordinary photos and videos. 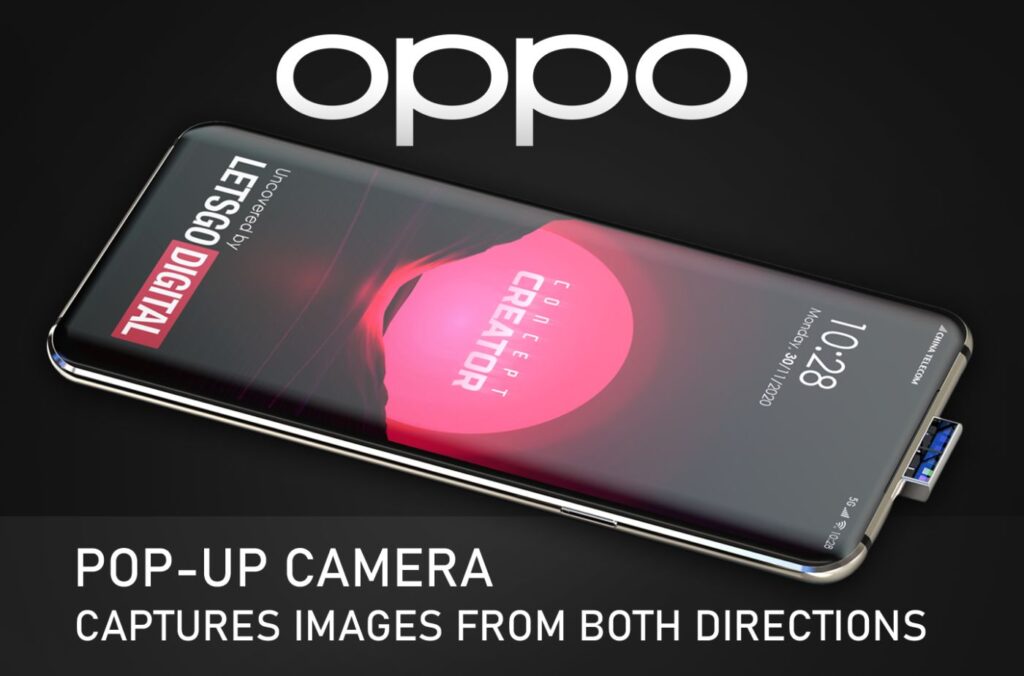 It is interesting to see such innovation in the Oppo Reno series, as it has been more associated with the Oppo Find X series until now. Do you remember the Oppo Find X? It made sliding cameras cool, rather seamless. The Find X2 chose the safer path, and Oppo is also exploring the hidden screen camera.

To me, this system of mirrors/hidden cameras sounds like an excess and the obsession with the image needs to stop.