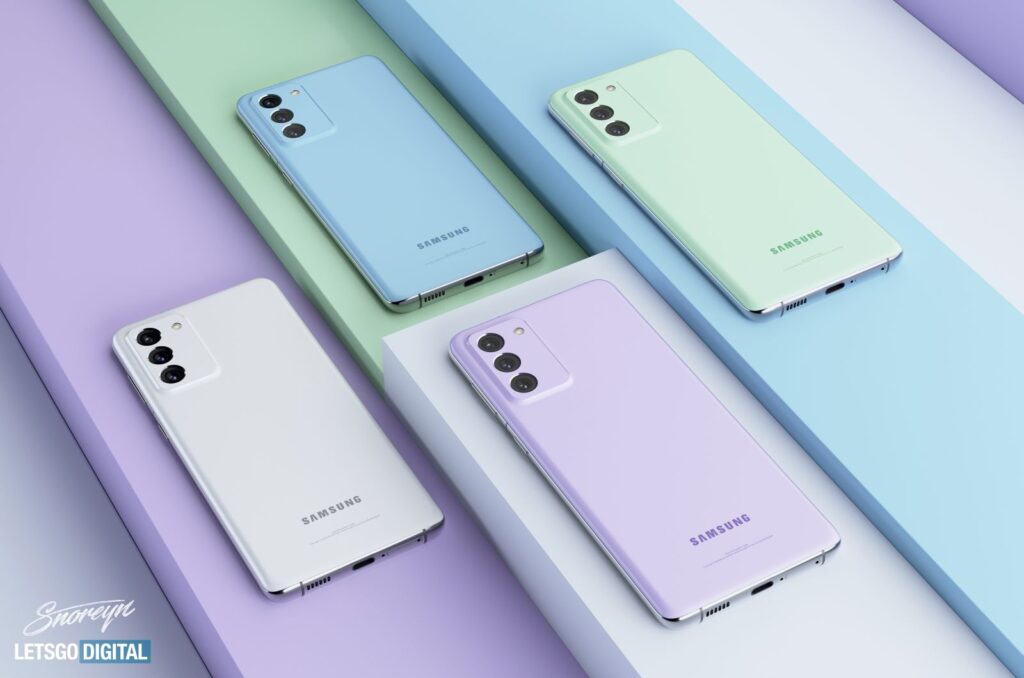 Last year, Samsung sabotaged a bit by making the Galaxy S20 Fan Edition 5G more attractive than the S20 models. Having tested them all, I have to say that the S20 FE is more complete than the S20 and S20+ and more attractive, and at a lower price. It also offers people who are not satisfied with the Exynos 990 processor an alternative with a Snapdragon processor inside. Today we see renderings of the Samsung Galaxy S1 Fan Edition, which looks like a pretty stylish device.

The camera, made by Snoreyn (Giuseppe Spinelli) for Letsgodigital, is in light blue (baby), purple, grey, and a very light mint green. The origin of the Fan Edition is unclear, as Samsung launched the Galaxy Note 7 Fan Edition after the original Note 7 started exploding and catching fire. The S20 FE on the other hand was a success, especially when the price started to drop. He has made few compromises, for example. B. a plastic back and cameras that weren’t quite up to par in terms of resolution.

This time the approach is interesting, as Snoreyn takes the S21’s camera module and moves it half a centimeter to the center. It sticks out far enough and has great targets. I’m sure we’ll get the plastic back, as well as the IP68 certification. The 120Hz refresh rate of the 6.7-inch screen will likely be adjustable this time around. Last year’s FE model had a 32 megapixel camera, but this year we could get a 10 megapixel solid camera that beats it in quality. 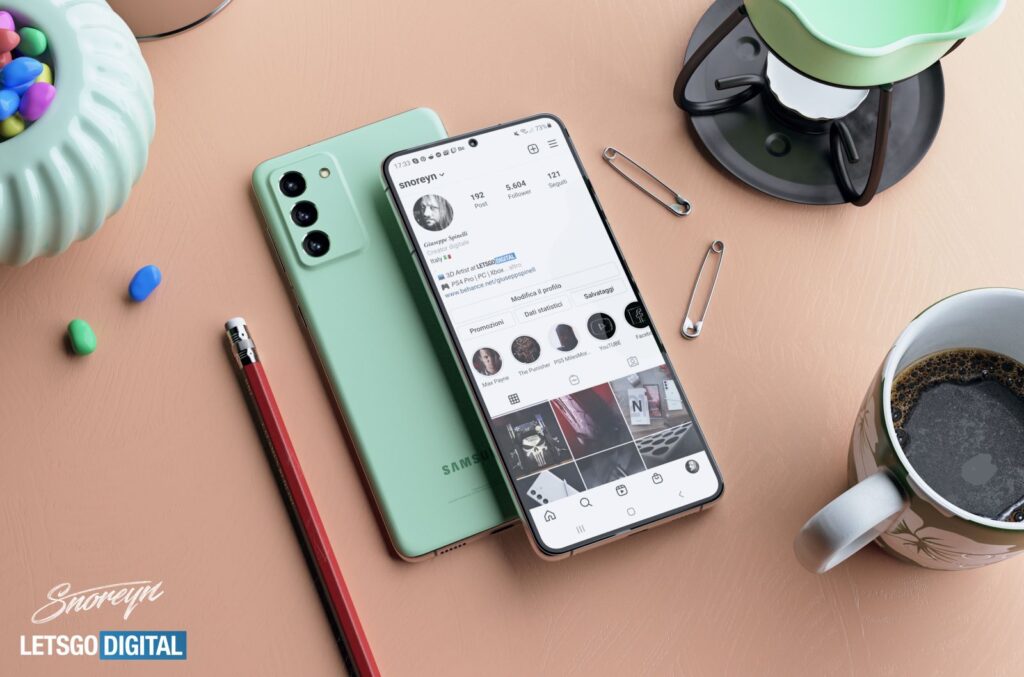 The 3x hybrid zoom rearview camera wasn’t bad in 2020, but we should have a true 3x optical zoom this year, unless Samsung is being a little stingy. It should also have a Snapdragon 888 processor, Android 11 with a 3.1 user interface, and probably the latest 12MP ultra-wide-angle and wide-angle rear cameras. In many ways, it already looks like a killer OnePlus 9 and OnePlus 9t. It can even be equipped with a microSD card slot, which the S21 series lacks.

I wonder if there will be a 4G model this time too…. Last year, operating costs were 750 euros for a 5G aircraft and 650 euros for a 4G aircraft. This year we’ll probably only have one 5G device, costing around $800. Solid work by Snoreyn on the front design, and if I had to complain about anything, it would be the thickness of the glasses.