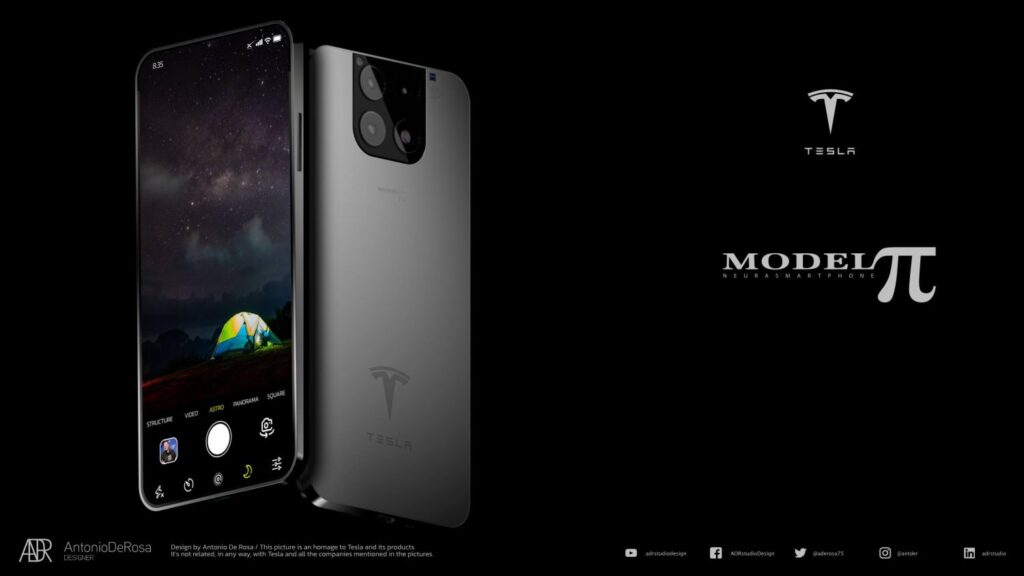 Antonio de Rosa is a designer who has created some great Apple concepts, including smartphones, Macs and other cool gadgets. Now he’s back with the Tesla phone, inspired by the latest Elon Musk and all his companies and projects. Let’s take a look! Meet the Father Tesla model.

First, this is clearly not an official Tesla product and is not affiliated with the automaker. The device itself looks quite simple from the front, with a narrow edge-to-edge screen. The Tesla Model P is “fire-forged” and super strong thanks to the use of special alloys. It is also directly connected to your brain via Neuralink, so you can enter all commands by thinking about it. It has 4 rearview cameras that can turn black areas into lit areas with AI.

The concept phone offers encrypted mining resources with drills from Mars. Just when you thought you had seen it all, the phone charges with solar power and also doubles as a key for a Tesla car. It connects to Starlink with a special VIP account and reserves a faster connection. The only thing missing is a way to also connect it to the boredom society, and that’s it. There’s a transparent solar panel on the back, and the design reminds me a bit of a drawing from one of Andy Rubin’s companies.

It’s not bad, though… 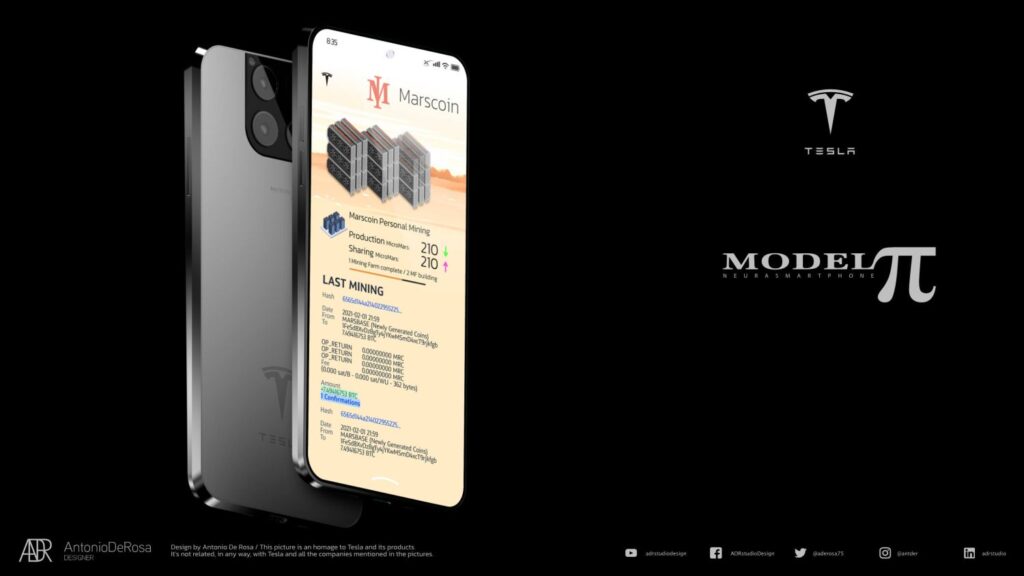 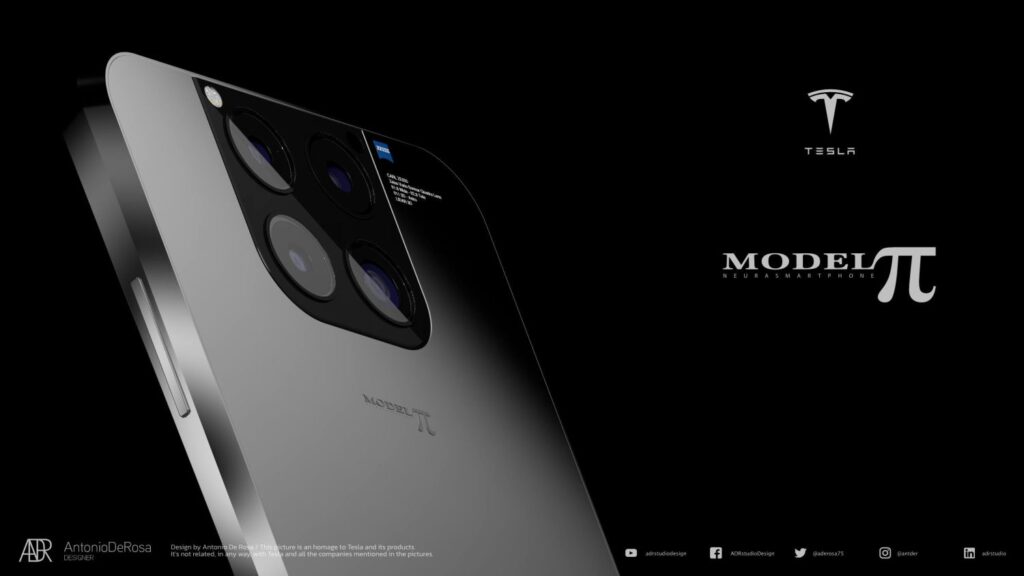