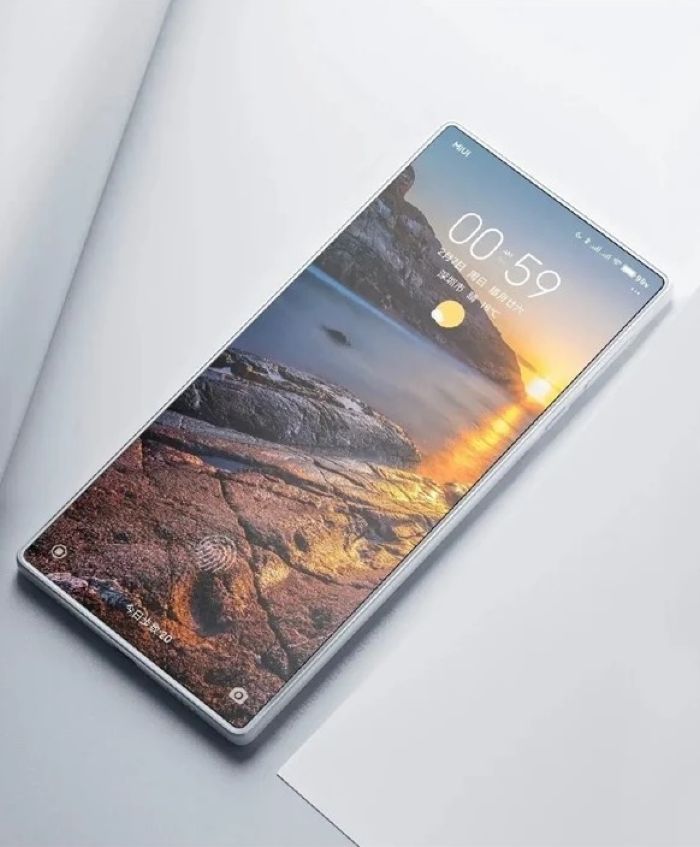 If you were to ask me to name a series of revolutionary smartphones, I would definitely name Oppo Find X and Xiaomi Mi Mix. Both have advanced the entire segment through innovation. Mi Mix devices have experimented with sliding parts, pop-up cameras and even the crazy Alpha display. Now we are waiting for the Mi MIX 4, which is rumored to have a sub-display camera, shown just below the screen.

Xiaomi’s CEO, Lei Jun, has already confirmed that the Mi MIX 4 will be available soon, probably in about a month. Today, the latest leaks relate to a device with a stand-alone camera below the screen. This feature was implemented by the ZTE Axon 20 5G, following some Oppo prototypes. We are still hearing conflicting reports that the quality is not that good. Now back to the renderings we have, they show us a thin camera, with a size that seems slim and minimalistic.

It’s a very angular camera, like those Sony would make. The Mi Mix series also started out angular, with ceramic housings and the placement of the front camera in all sorts of strange positions, including on the front. Last year, Xiaomi already prototyped a camera on the back, and this could be the result. It is also reported that the new Mi MIX will be a foldable phone that has a four-sided tiered display, just like the recently unveiled concept.

I think Xiaomi needs to stand out more and take more risks. Below the camera screen, you will find ….Not being a computer factor.